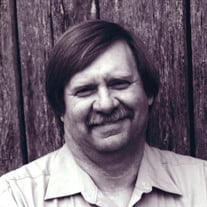 Trenton Steve Tisdale, 61, of Cherokee City, Arkansas was born November 8, 1959 in Siloam Springs, and died February 14, 2021 at home, surrounded by family and friends. He was born to Thomas Shelby and Geraldine (Chamberlain) Tisdale. He graduated from Gentry High School in 1978 and from NEO in 1981. He was the owner and operator of his dairy, for 24 years, when he sold the business and went to a trade school (NTI) to learn Heavy Equipment operation. He worked with Crossland Construction till he left to be at home with his high school age daughters. He went to work with a friend as a Mission tortilla Distributor, working at Harps and Wal Mart. He was a deacon and very active in his church, Cornerstone Baptist Church in Cherokee City, Arkansas. He had been on mission trips to Africa and Brazil, where he helped build churches. Trenton met Dyann Cruickshank at church in Gentry on a return trip from Brazil. They married May 6, 1989 and were married 31 years. He was preceded in death by paternal grandparents Hailey (Haid) and Hattie (Bragg) Tisdale; maternal grandparents Clyde and Alma (Bond) Chamberlain; and his father Thomas Shelby Tisdale. He is survived by his wife Dyann; mother Geraldine Tisdale of Cherokee City, Arkansas; son Trenton Shelby Tisdale of Siloam Springs, Arkansas; daughters Rachel Lynne (Tisdale) Beach and husband Loy of Siloam Springs, Arkansas, Sarah Gayle Tisdale of Fort Smith, Arkansas and Rebecca Dyann Tisdale of Gentry, Arkansas; granddaughter Aela Faye Holman of Gentry, Arkansas; sisters Sheila Ann Tisdale of Wheatland, Missouri, Sharon El-Louise (Tisdale) Selvidge and husband Mitchell of Gentry, Arkansas and Brenda Jean (Tisdale) Butler and husband Lowell of Siloam Springs, Arkansas; brother in law Murray Raymond Cruickshank and Gemma of San Francisco, California; numerous nieces, nephews, aunts and uncles. Funeral services will be 2:00 p.m., Saturday, February 20, 2021 at Cornerstone Baptist Church, Cherokee City, Arkansas. Burial will be private. Visitation will be 4:00 p.m. to 6:00 p.m., Friday, February 19, 2021 at Wasson Funeral Home, Siloam Springs, Arkansas. For the visitation, guests will be limited to 150 people and everyone will be required to wear their own facemask, per the guidelines set forth by the State of Arkansas. Memorial contributions may be made to the Gideons International at www.sendtheword.org.

Trenton Steve Tisdale, 61, of Cherokee City, Arkansas was born November 8, 1959 in Siloam Springs, and died February 14, 2021 at home, surrounded by family and friends. He was born to Thomas Shelby and Geraldine (Chamberlain) Tisdale. He graduated... View Obituary & Service Information

The family of Trenton Steve Tisdale created this Life Tributes page to make it easy to share your memories.

Send flowers to the Tisdale family.