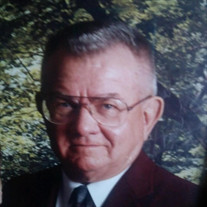 Robert E. Moore of Gravette, AR died on February 22, 2021. Mr. Moore was born on May 22, 1936 in Phoenix, AZ to Willis and Lois Moore. He is survived by his wife of 46 years, Barbara, of the home. He served in the USMC Reserves from May 1954 to June 1966, rising to the rank of “buck” Sergeant in the heavy equipment/combat engineers unit of the 9th Engineer Company, USMCR Phoenix, AZ. He was an Agricultural Engineer, degree from the University of Arizona. His career started with the Salt River Valley Water Users’ Association in September 1959 until 1966 as an Assistant Engineer and then Manager of Irrigation. In 1972 he was the Manager of the Santa Ana Watershed Planning Agency, Riverside, CA. In 1978 Bob became the Executive Vice President of the Arizona AgriBusiness Council in Phoenix. In 1986 Mr. Moore, with his wife Barbara, started their private consulting business, Resource Management Associates,in Phoenix then Gravette, AR In 1990 and 1992 Mr. Moore was appointed to the re-activated Benton County Regional Development Authority as Secretary and, in 1996, as Water Coordinator. Bob retired in 2002. Mr. Moore was preceded in death by his parents, two sons; Baby Bruce and Brian (Sgt. USMC) He is survived by his wife, Barbara, of the home, son, Col Keith Moore (USMC ret) and wife, Mandy; and his daughter, Brenna; brothers Cliff Moore and wife Joyce of Chino Valley, Arizona and Bill Moore and wife Sue of Lake Elsinore, California; and loving cousin Betty Bissinger and husband Don of Peoria, Arizonia. Bob is also very proud of his 4 grandchildren and 2 great-grandchildren. Mr. Moore was a member of the United Methodist Church, Sulphur Springs, AR. No funeral service is planned at this time. Donations may be made to Gravette, AR American Legion Post #25; Bella Vista, AR Veterans Wall of Honor, or a charity of your choice.

The family of Robert Edward Moore created this Life Tributes page to make it easy to share your memories.

Send flowers to the Moore family.