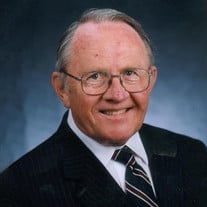 Robert (Bob) Gray Wasson, 87, of Siloam Springs, Arkansas, died on March 19, 2022. He was born on February 23, 1935, in Siloam Springs, Arkansas, to Leon A. (Buck) Wasson and Margaret Carl Wasson. He was a graduate of Siloam Springs High School in 1954; the Dallas Institute of Mortuary Science; and received his Bachelor of Science in Business Administration from University of Arkansas College of Business. After graduating, he went to work at Wasson Funeral Home with his parents, and since 1974 has owned and operated the business. Bob is the past president of the Arkansas Funeral Directors Association and was a recipient of the Funeral Director of the Year Award in 2002. He was later inducted into the Arkansas Funeral Director’s Hall of Fame in 2013. He was also a past chair of the Arkansas State Burial Association Board for many years and was also a long-time member of the board of directors for the Selected Funeral and Life Insurance Company. He was a member of the First United Methodist Church in Siloam Springs, and a past president of the Siloam Springs Rotary Club, and a Paul Harris fellow. He was a past master of Key Lodge Number 7. He also served on the Board of Directors of the Siloam Springs Museum Society and the Northwest Arkansas Symphony. He was the recipient of the Pioneer Citizen Award for the Siloam Springs Chamber of Commerce in 2013. Bob was an avid amateur photographer and enjoyed traveling extensively with his family. He is preceded in death by his sister, Patricia Virginia Davis, and his grandson, William Gray Wasson. Bob is survived by his wife, Sharon Wasson, of the home; daughter, Carla Wasson; son, Robert (Danny) Wasson; granddaughter, Bryn Morris and husband Jeremiah; great-grandchildren, Jackson, Ella, Reverie, and Maisie Morris, all of Siloam Springs, Arkansas; brother-in-law, Steven Allen and wife Paula, of Little Rock, Arkansas; nephew, Patrick Davis, of Antioch, Tennessee; and niece, Diane Pope, of Hernando, Mississippi. Visitation will be held on Friday, March 25, 2022, from 5:00 to 7:00 P.M., at Wasson Funeral Home in Siloam Springs. Funeral service will be on Saturday, March 26, 2022, at 2:00 P.M., at the First United Methodist Church in Siloam Springs, with Phil Hathcock officiating. Burial to follow at Oak Hill Cemetery. In lieu of flowers, please consider donating to the Mayo Clinic, from which Bob received extensive surgical treatments during his childhood for congenital birth defects. Visit https://philanthropy.mayoclinic.org/donateMC for more. To sign the online guestbook, please visit www.wassonfuneralhome.com.

The family of Robert "Bob" Wasson created this Life Tributes page to make it easy to share your memories.

Send flowers to the Wasson family.