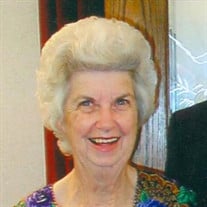 Lucille Ola Morris, 89 year old resident of Siloam Springs, Arkansas, died on December 1, 2020 at The Springs in Jonesboro, Arkansas. She was born on July 28, 1931 in Siloam Springs, Arkansas, to Sylvester Ivey and Rosie Etta Robison Ivey. Lucille married Raymond Claude Morris on January 12, 1957 in Booneville, Arkansas. They moved to Clinton, Oklahoma and made that their home from 1957 until 1985. They returned to Siloam Springs in 1985 and had lived there until Raymond’s passing. Lucille was a member of Beta Sigma Phi Sorority. She was preceded in death by her husband, Raymond; son, Ronald Morris; parents, Sylvester and Rosie Ivey; and three brothers, Virgil Ivey, Loyd Ivey, and Earl Ivey. She is survived by her sister that she raised, Sue Southard and husband Larry of Bay, Arkansas; daughter, Kathryn Furrh of Sallisaw, Oklahoma; two grandchildren: Jesse Morris and Amanda Cossey; four great grandchildren, Ben Cossey, Landon Cossey, Ellie Morris and Paige Morris; and brother, Ralph Ivey of Vinita, Oklahoma. Graveside services will be 11:00 a.m., Friday, December 4, 2020 at Martin Cemetery near Siloam Springs, Arkansas with Mr. Billy Robison officiating. Everyone will be asked to wear their facemask at the cemetery and to social distance in family groups.

The family of Lucille Ola Morris created this Life Tributes page to make it easy to share your memories.

Send flowers to the Morris family.