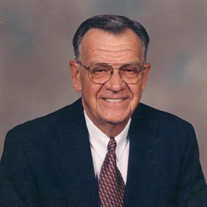 Jim was born in Muskogee, OK to Irby and Effie Kuykendall. He was the only boy, surrounded by his three loving sisters, June, Barbara, and Ginger. He constantly fished with his Dad, worked at Kuykendall Pontiac, and played varsity basketball for the Muskogee Roughers. He married his high school sweetheart, Dorothy Foster, on June 19, 1959. After high school, he went to work for the Midland Valley Railroad, later joined Fred Jones Ford Remanufacturing in Oklahoma City and later Jacksonville, FL. The tragic death of the couple’s three-year-old daughter, Jamie, brought them back to Oklahoma in 1964. Dorothy’s father, Jack Foster of Frix and Foster Construction took Jim to Mr. Dick Albert and said, “I have a boy here that will make you a good hand”. The rest is history. After a long, successful career with Albert Equipment Co., Oklahoma’s Caterpillar dealer, he started his own business, Equipment World, Inc., in March of 1983 amidst the oil bust. He loved the equipment business, he loved his customers, and he loved building personal relationships; he worked hard to build a successful business that is still in operation today – some 37 years later! He was a member of many industry associations, especially the Association of Oklahoma General Contractors. After a long battle with a myriad of health issues, Jim passed peacefully on Wednesday night. He is survived by his wife of 61 years, Dorothy of West Siloam Springs, OK, his oldest son, Jack of Las Vegas, NV, his son, Jimmy and girlfriend Marla of Tulsa, OK, three grandsons – his pride and joy - Will, Weston, and Jared of Tulsa, OK, three sisters, June, Barbara , and Ginger, many nieces, nephews, great nieces and nephews, and many, many lifetime friends. He was an incredible people person leaving an indelible mark on many lives. A Graveside Service will be held on Tuesday, October 20th at 2pm at Memorial Park Cemetery in Oklahoma City at 13313 N Kelley Ave. In lieu of flowers, memorial contributions may be made to Bethel United Methodist Church in West Siloam Springs, OK.

Jim was born in Muskogee, OK to Irby and Effie Kuykendall. He was the only boy, surrounded by his three loving sisters, June, Barbara, and Ginger. He constantly fished with his Dad, worked at Kuykendall Pontiac, and played varsity basketball... View Obituary & Service Information

The family of James "Jim" Kuykendall created this Life Tributes page to make it easy to share your memories.

Jim was born in Muskogee, OK to Irby and Effie Kuykendall. He...

Send flowers to the Kuykendall family.