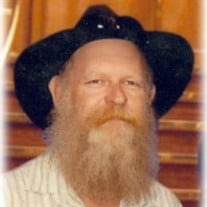 James David Denny was born on October 2, 1961, in Siloam Springs, Arkansas, to Claud Denny and Elsie Cox Denny. He passed away on November 3, 2021, at the age of 60 years, 1 month, and 1 day, in Siloam Springs, Arkansas. He lived his entire life in the Colcord, Oklahama area. He worked as a truck driver and heavy equipment operator on the pipeline. He attended Colcord Public Schools and was raised attending Countryside Bible Church with his dear mother. He was saved and baptized at a young age while attending Countryside Church. He was always quick to give Mom credit for taking him to church when he as young as Dad died when he was very young. David had serious health problems for the last 6 years of his life, but he still enjoyed visiting with friends and family. He had a special love for his family. His granddaughter Shaela was his pride and joy. He always had a big smile when he spoke of Shaela. She was good to come and visit him and to call often which was a comfort to him. David was a very caring, giving and forgiving person. Especially the many things that happen in most every family. Family was important to David and when all was said and done, he was able to forget the problems and remember the love that kept us united. He was a special brother to each of his siblings, especially to Margie as he was always there when she needed help or just someone to go eat with. He will be missed. He married Debbie McDaniel on May 30, 1997. David did not have children of his own, however he considered Debbie’s three children as his own. David was preceded by his parents Claud and Elsie Denny, his brother Claud Dean Denny, brother-in-law Maurice Hendren and niece Melinda Hendren. David is survived by wife Debbie Montee, stepson Billy Tinney, stepdaughter Amanda Tinney, stepdaughter Annette Threeton. Four granddaughters and one grandson. He is survived by one brother Richard Denny and wife Vicki of West Siloam Springs, sister Margaret Sullivan and husband Chester of Fayetteville, sister Margie Hendren of Colcord, and sister-in-law Linda Denny of Colcord. He is survived by 7 nieces and nephews, one great Grandson, and lots of friends. Graveside service will be at Row Cemetery in Colcord, Oklahoma, on Saturday, November 6, 2021, at 2:00 PM.

The family of James "David" Denny created this Life Tributes page to make it easy to share your memories.

Send flowers to the Denny family.