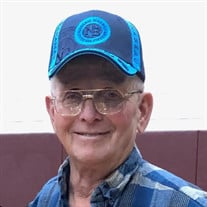 Douglas “Doug” Earl Florer, 69 year old resident of Siloam Springs, Arkansas, died on September 18, 2020 at Circle of Life Hospice in Springdale, Arkansas. He was born on December 16, 1950 in Siloam Springs, to Herbert Florer and Helen Amos Florer. Doug graduated from Decatur High School in 1968. He served in the United States Army and was stationed in Germany during the Vietnam War. Doug returned to Northwest Arkansas and graduated from the University of Arkansas with a Bachelor’s Degree in Agricultural Business. He married Karen Pennington on September 30, 1977 in Searcy, Arkansas. Doug worked most of his life in the poultry industry and as a farmer. He was a member of Sager Creek Community Church and the Decatur VFW. He was preceded in death by his parents, Herbert and Helen Florer. He is survived by his wife, Karen; two daughters, Brandy Fox and husband Randy of Siloam Springs, and Lindsay Pool and husband Matthew of Siloam Springs; six grandchildren: Taylor Pool, Brooklyn Fox, Levi Fox, MacKenzie Pool, Landon Pool, and Haylee Fox; two sisters, Faye Gilbert and husband Clint of Decatur, and Jo Cooper of Coffeyville, Kansas; brother, Neal Florer and wife Teena of Fayetteville, Arkansas; and many nieces, nephews, cousins, and extended family. Graveside services will be 11:00 a.m., Tuesday, September 22, 2020 at Falling Springs Cemetery in Decatur, Arkansas, with Pastor Jim Henderson officiating. For anyone that would like to view, he will be in state from 1-5 pm on Monday, September 21, 2020. In lieu of flowers, donations may be made to Circle of Life Hospice, 901 Jones Road, Springdale, AR 72762.

The family of Douglas "Doug" Earl Florer created this Life Tributes page to make it easy to share your memories.

Send flowers to the Florer family.