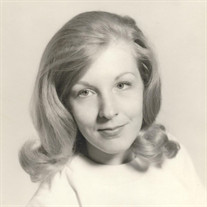 Donna Marie Dyke Graves was born August 26, 1941, in Parsons, KS to Mildred Rogalsky and Victor Dyke. She was the oldest of 6 children. She grew up in Kansas, Colorado, and Missouri, on farms and ranches where she learned a love for the land and its creatures. A love she kept and passes on to her children. On August 14, 1965, she married Bruce Leon Graves and moved to his hometown of Siloam Springs, AR. She had five children. Her marriage was cut short by Bruce’s untimely death in 1981. Over the next two years her beloved father and M. I. L. (Hazel Daisy Graves, a woman she revered) passed. With the help of extended family on both sides she raised 5 children on a working ranch. She owned a fabric shop for a time before going back to her true career love which was nursing. She was immensely proud of being one of the first Cardiovascular Intensive Care Units in the nation. She loved beautiful things. Many of which she made herself. She was a fierce self learner. Her children wore clothes that she made and lived in a house that she modified and decorated herself. She loved her farm and its animals. One of her favorite times of year was calving season and watching the calves running in formation. She taught her children by giving them experiences and telling them to “look things up” and to “figure things out.” She gave us a house full books to do so. She became adept at technology. She learned to use an iPad and an iPhone well, in the last year of her life. She remained current on events and had a nuanced view of the world. She loved her children and grandchildren most of all. We miss her terribly and don’t know what we will do without her. We are certain that with her teachings we will figure it out. Donna is survived by her sons, Charles Leon Graves and wife Mary of Joplin, Missouri and John T. Graves and wife Kellie of Sapulpa, Oklahoma; daughters, Teri Williams of Joplin, Missouri, Dawn Gates and husband Tony of Little Rock, Arkansas, Amy Trammell and husband Earl of Gentry, Arkansas; brothers, Tom and Jim Dyke of Gridley, Kansas, Ron Dyke of Wichita, Kansas, and Gary Dyke of Belleville Kansas; sister, Vicki Barrett of Alta Vista, Kansas; eighteen grandchildren, ten great grandchildren and numerous nieces and nephews. A memorial service will be held at 2:00 p.m., Saturday, February 26, 2022, at Wasson Memorial Chapel, Siloam Springs, Arkansas with Pastor Tim Estes officiating. If you prefer, in lieu of flowers please donate to the charity of your choice in memory of Donna M. Graves. Acknowledgements may be sent to the: The Graves Family, 5145 E. 14th St., Joplin, MO, 64801

Donna Marie Dyke Graves was born August 26, 1941, in Parsons, KS to Mildred Rogalsky and Victor Dyke. She was the oldest of 6 children. She grew up in Kansas, Colorado, and Missouri, on farms and ranches where she learned a love for the land... View Obituary & Service Information

The family of Donna Marie Graves created this Life Tributes page to make it easy to share your memories.

Send flowers to the Graves family.