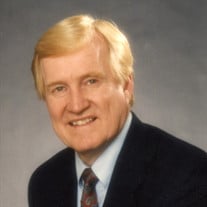 Desmond Dean Kerns was born to Clyde and Daisy Kerns in Logan, Oklahoma, Beaver County, on September 18, 1933. One night when Dean was eight years old he attended a revival being held at the town school house. Pastor Maynard Campbell “scared him into heaven” that night and Dean was forever grateful. Dean’s experience with the Lord impacted him greatly from that moment on. Dean spent his early years living in the country and traveling two and a half hours each way on a bus to get to school in Laverne, Oklahoma. Dean always loved the outdoors and had a passion for fishing. He was also athletic and enjoyed competing in all sports. He graduated from Laverne High School in 1951 and entered Bob Jones University in Greenville, South Carolina, where he studied for the ministry. While in Greenville, Dean had his first sermon opportunities, preaching to prisoners on a chain gang. After two years, Dean transferred to Pasadena Nazarene College in California, where he played basketball and earned a Divinity degree in 1956. During Dean’s junior year of college he met his wife, Ruth Walsh. Dean served as student body president his senior year, along with Ruth, who was also a member of student council. Dean and Ruth were married on April 11, 1957, in Pasadena, CA. After college graduation, Dean and Ruth moved to Kansas City, Missouri, where Dean attended Nazarene Theological Seminary. After completing seminary, Dean and Ruth returned to California and founded the La Mirada Nazarene Church in the summer of 1960, where Dean served as senior pastor. Also in 1960, Dean met fellow minister, Don Leetch. As their friendship grew, they asked the question, “If we had 10 years left to live, would we keep doing what we are doing?” This led to resigning their respective pastorates in 1963 with the vision of “doing what we can in our generation to make Christ known.” A business and ministry partnership was formed that lasted more than 50 years. Together with their wives, they co-founded Outreach Center Church and DaySpring Cards, which they moved from Southern California to Siloam Springs, Arkansas, in 1979. Dean was an active influence in both the business and church community in Northwest Arkansas. Dean and Ruth were married for 35 years until Ruth passed away in 1992. The following year, Dean married Carol Atkins at Outreach Center Church in Siloam Springs, Arkansas. Dean and Carol were married for 25 years. Dean loved God with his whole heart and he invested his life pursuing Him. He was an authentic example to all of his family and friends of what that meant. He will be missed greatly by his wife, Carol, and his children, grandchildren, and great-grandchildren. Dean was preceded in death by his parents, Clyde Kerns and Daisy (Baxter) Kerns, his first wife, Ruth (Walsh) Kerns, his sister, Shirley Smalley, and stepsons, Paul and Dan Atkins. He is survived by his wife, Carol, his son Darren Kerns and wife Lori of Siloam Springs, Arkansas, his daughter, Karen (Kerns) Morris and husband Drew of Springdale, Arkansas, his step-daughter Catherine (Atkins) Carrion and husband Luis of Siloam Springs, Arkansas, step-daughter-in-law Valbona Batchelor of Springdale, Arkansas, his sister Pat Wynn of Follett, Texas, his sister JoAn Stevens and husband Wes of Gold Canyon, Arizona, 11 grandchildren, and 3 great-grandchildren. He also leaves behind a host of cherished friends. Dean’s family is grateful for the outpouring of love, prayers, and other acts of kindness shown to Dean and his family during his illness. Truly, “we thank our God upon every remembrance of you.” Philippians 1:3. Visitation will be 6:00 to 7:30pm, Friday, July 6th, 2018, at Wasson Funeral Home in Siloam Springs. Burial will be private. A celebration of life service will be held at 3:00pm on Saturday, July 7th, at the Cathedral of the Ozarks at John Brown University in Siloam Springs. In lieu of flowers, the family requests contributions be made to the Outreach Center Church Building Fund, ℅ Outreach Center, 21181 Oak Ridge Road, Siloam Springs, AR, 72761.

The family of Desmond Dean Kerns created this Life Tributes page to make it easy to share your memories.

Desmond Dean Kerns was born to Clyde and Daisy Kerns in Logan,...

Send flowers to the Kerns family.