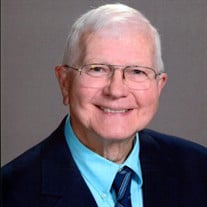 Dannie Rae Womack, age 75, died at his home in Westville, Oklahoma on February 2, 2022. He was born in Beaver, Oklahoma on February 25, 1946, to Farnice and Hazel (Judd) Womack. Dannie was a man of integrity, faithful to his Catholic faith. He was a fourth-degree member of the Knights of Columbus-a fraternal organization focused on faith, family and patriotism. He appreciated the sanctity of life and stood with pro-life prayer vigils. He was a member of the Westville Community Improvement Club, instrumental in bringing ambulance and physician services to Westville. He owned and operated the local NAPA store since 1980 where he enjoyed the company of the local coffee drinkers. He was a devoted husband and father who was loved by all. He had a wonderful sense of humor that kept his family laughing even on days when he didn't feel his best. He enjoyed feeding his cattle, taking family to the lake to water ski, hunting, camping, and skeet shooting with his children and grandsons, and traveling with his wife. He frequently quoted his favorite author GK Chesterton who was a defender of the Christian faith. His favorite quote was "the true soldier fights not because he hates what is in front of him, but because he loves what is behind him." He is preceded in death by both parents. He is survived by his wife, Maryetta (Edler) Womack; sons, Brian Womack of Westville, Oklahoma, Joseph and his wife Rhonda Womack of Cincinnati, Arkansas, Kevin and his wife Stephanie Womack of Westville, Oklahoma; daughter, Sandy Womack of Fort Smith, Arkansas; brother, Gary and wife Thelma Womack of Altus, Oklahoma; sister, Dianna Martin of Elk City, Oklahoma; grandchildren, Brayden, Shania, Cole, Alex, Cody, Meagan, Dalton; great grandchildren, Leighton, Aspen, Lilly, Revin, Nicholas, Charlie, Leon, Rhett; with numerous nieces and nephews. Rosary will be held at 930AM with Funeral services to follow at 10Am at St. Mary Catholic Church of Siloam Springs, Arkansas on February 9, 2022. Graveside services will be held the next day, on February 10, 2022, in St. Francis Cemetery, Canute, Oklahoma at 10AM. In lieu of flowers memorials can be made to St. Jude's Children's Hospital. www.stjude.org/donate

The family of Dannie Rae Womack created this Life Tributes page to make it easy to share your memories.

Send flowers to the Womack family.