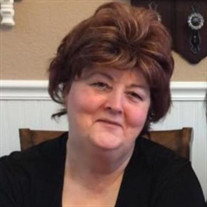 Barbara Gail Sweet, 67-year-old resident of Siloam Springs, Arkansas, died on April 29, 2021 at Willard Walker Hospice Home in Fayetteville, Arkansas. Barbara was born on October 15, 1953 in Ceres, California, to Herbert “Don” Crownover and Wanda Robertson Crownover. She graduated from Ceres High School in 1971. Barbara began teaching Sunday School at Keyes Assembly of God in Keyes, California at the age of 13. She also taught Children’s Church for over 20 years. Barbara married Herb Sweet in Keyes, California and they were married for over 35 years. They moved to Siloam Springs in 2005 and were members of Victory Assembly of God in Siloam Springs. She was preceded in death by her parents, Don and Wanda Crownover; and her brother, Tim Crownover. Barbara is survived by her husband, Herb Sweet; two sisters, Donna Harlan and husband Wayne of Neosho, Missouri, and Diane Rayburn and husband Kenny of Gentry, Arkansas; nephews, Eric Harlan and Josh Harlan; nieces, Courtney Gann, Michelle Millard, and Samantha Crownover; and numerous great nieces and nephews. Funeral services will be 11:00 a.m., Tuesday, May 4, 2021 at Victory Assembly of God in Siloam Springs with Pastor Carl Clark officiating. Burial will follow at Gentry Cemetery in Gentry, Arkansas. Visitation will be from 6:00 p.m. to 8:00 p.m., Monday, May 3, 2021 at Wasson Funeral Home in Siloam Springs.

The family of Barbara Gail Sweet created this Life Tributes page to make it easy to share your memories.

Send flowers to the Sweet family.